Earning a living, dreaming for studying 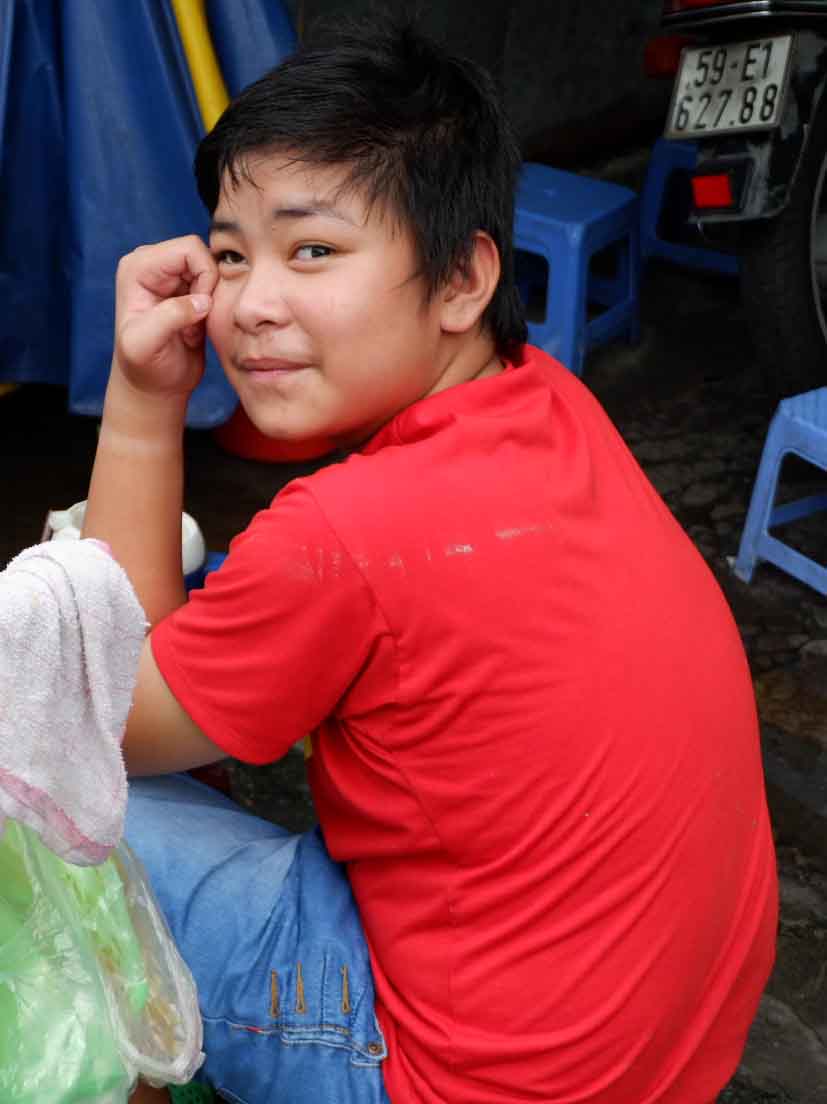 “Life is painfully harsh in the way it traps people who want to fly high inescapably on the ground…”  (Nam Cao, 1956)

These are the words of Thu in “Song Mon” nearly a century ago, yet it can still be seen resembled in the wretched lives of many in Sai Gon. Trong, a passer-by with whom we meet, carries one of such destinies.

Trong dropped out of school when he had finished 7th grade because his family could not afford the expenses of a public school. 700,000 – 800,000 VND monthly schooling was a huge burden for his mother, who barely saved enough money to pay tuition. The pressure eventually forced Trong to leave school and set his foot in the society, helping his family to earn a living amidst the center of Saigon at a very young age. I asked him: “If someone gives you the option to continue in school, would you take advantage of this opportunity?” Trong looked at me hesitantly, and the moment he seemed to start speaking, his grandmother turned to me: “He will probably not be going back to school, sweetie. He doesn’t want it, he can’t do it.” Trong smiled and told me about his fears at school.

He was afraid of school because his family does not have the expensive money. He was scared of going to school because no one befriended him. He feared his friends will pull him into the whirl of social issues and become a threat to society. He feared that a day that he would stay at school would mean a day of starvation for his brother. He feared that despite the money spent at school, he could do nothing to earn it back. At least, at home, he can hang around his mother to sell her teas or help his grandmother with her “hu tiu.” His joy of going to school all those years had been the joy of passing classes. Leading such a miserable life at school, the proudest of him and his grandmother had been the ability to read and speak.

“I just want a job, sister. Whatever it is, I just need the money to take care of my family.” Stepping into social life at the age of 15 could not get him a job that easily. Dropping out in the middle of the road, unemployed, where will his life settle down? His grandmother told me that now he wants nothing more than to be a good man. “He has to be a good person, behave well, and have a clean life, no matter how hard life is, honey. No smoking, no drugs are all that I want in him. He is a good boy, he listens to me well. But life sucks, it does not allow him to have fun.”

Living in life, the most respectable wish of his grandmother has been to be the right person …

Yet, I could not figure out what his true passion is since he did not confess… Is it to continue in school? I don’t know. The only thing I know is there were times he hesitated; is it his burdens that make him think so much?